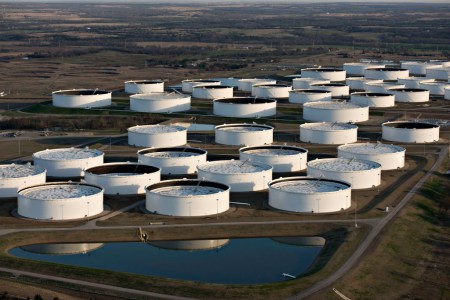 All three oil market indexes finished higher yesterday as the upcoming Iranian oil export sanctions offset the bearish news of Saudi Arabian and Russian output numbers.  At the close, WTI crude closed up $2.45/bbl at $70.53/bbl while RBOB and HO also closed higher by $0.0231/gal and $0.0286/gal finishing at $2.0746/gal and $2.1290/gal respectively.

Early in the trading day yesterday, Saudi Arabia announced that its expected production will reach 11 million barrels per day while Russia revealed its production was over 11 million barrels as well, month to date.  With that news, RBOB dropped $0.0225/gal and HO was down $0.0164 in intraday trading.  Shortly after that information hit the media, a senior State Department official revealed to reporters that companies that buy Iranian crude oil must cut those exports entirely by the start of November or face U.S. sanctions.  Oil prices rallied following this announcement which comes after the decision last month that the U.S. was withdrawing from a 2015 nuclear deal between Iran and six other world powers with the objective of reducing Tehran’s nuclear capabilities.  “Almost no one will stand by Iran despite the EU’s hope that they could keep the Iranian nuclear deal intact.  Oil companies and many countries will not want to face the possibility of U.S. wrath” said Phil Flynn, an analyst at Price Futures Group.  Iran is OPEC’s third largest oil producer with exports totaling over two million barrels per day.

This morning, the Energy Information Association on the heels of yesterday’s bullish API inventory stats, reported the following;