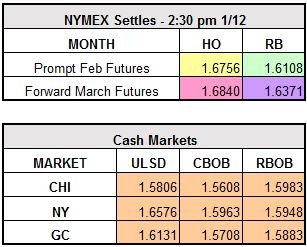 “As the Saudis hint at even deeper reductions in February, assumptions are rife that its enthusiastic approach to output cuts is an admission that cheating is expected on the part of other producers. Or perhaps it is adopting a ’whatever it takes’ approach to ensure a healthier price environment,” according to Stephen Brennock of oil brokerage PVM.

Recent reports indicate that oil kingpin Saudi Arabia has reduced oil output by nearly 600,000 bpd from its October 2016 levels. This would mean that the Saudis have actually exceeded the figure they had agreed to reduce production by and are now below 10 million barrels per day.  The Saudis seem to be taking this seriously and understand that with these cuts, they could make an impact on the market and begin to raise demand on the global stage.  The levels we are seeing from this juggernaut are now the lowest since February 2015.  Saudi energy minister Khalid Al-Falih is claiming that oil demand will grow by a million bpd along with tighter supply in the upcoming 2 to 3 years.  A study by China’s CNPC is backing Al-Falih’s comments and claiming it could reduce the global overhang we are currently experiencing.

If only everyone in OPEC was on the same page. Iraq, although agreeing to a cut of 210,000 bpd, is proving to be quite deviant.  In December it increased production by 50,000 bpd, which was helped by ramping up its most abundant oil field.  Iraq indicated earlier this week that it currently sits at a reduced production of 160,000 bpd in January and expects to reach its target by January’s end.  This Iraqi conundrum, compounded with increased production from Non-Opec members Nigeria and Libya, seems to offset any progress OPEC has wanted to make.

Switching gears a bit let’s take a look at China. Chinese data is currently showing a record high for oil imports at levels of 8.56 mbpd in December.  This would be a 1 mpbd increase from 2015.  Also, Chinese oil traders have loaded the first shipment of crude from Libya’s Sharara oil field in nearly 2 years.  So what’s the issue?

According to CNBC, “Despite China’s oil thirst, overall exports — the country’s economic backbone — declined by 7.7 percent last year in what was the second annual decline in a row and the worst since the depths of the global crisis in 2009.” The health of the second biggest economy in the world is on the forefront and many in the industry are watching closely to see how this is going to progress over time in 2017.