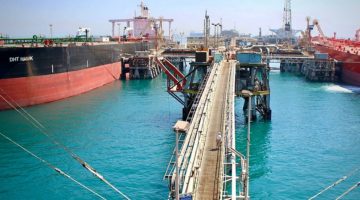 What do you get when you have an overwhelming amount of rhetoric coming from OPEC using all the key buzzwords like “rebalance, stabilize, and compliance”….TADA…You get Brent crude oil prices rallying above $60 a barrel AND nearing its highest level since mid-2015. Today’s headlines circled around Russia and Saudi Arabia’s continued dialogue over the weekend and towards the end of last week, regarding production cuts through March of 2018 needing to be extended till the end of 2018.  In addition to the usual parties speaking, the Crown Prince of the Saudi Arabia, Mohammad bin Salman, reiterated the support of the Kingdom towards the OPEC agreement.  Reuters had reported that with the Russians and Saudis coming out publically about their intentions with extending the cuts, this should follow suit during the November 30th meeting in Vienna.

So, what information capped off this price increase and slowed its momentum? There are a few factors that went into it.  Firstly let’s start with Iraq.  If you recall, there were geopolitical situations that had risen in the northern Kurdish section of Iraq that temporarily caused disruptions to crude exports.  This, in turn, had a chain reaction to push the Iraqis to boost production out of their southern region by an additional 200,000 barrels per day.  When this disruption first occurred, exports out of Iraq’s southern operations rose from 3.23 million barrels per day to 3.45 mmbpd.  As of late, the Iraqis had announced a 900,000 bpd jump, which brings exports to 4.6 mmbpd.  This jump of 900,000 bpd is a direct example of a factor that capped the markets progress.

A second factor that plays into this volatile market is the current U.S. crude export boom. Although the amount of crude the U.S. can sustainably export is unknown, we recently hit a record 2 million barrels a day export capacity.  Reuters reports that the sustainability of crude exports, at such high levels, would not only be difficult but also that “Analysts believe operators will start to run into bottlenecks if exports rise to 3.5 million to 4 million barrels a day. RBC Capital analysts put the figure lower, around 3.2 million bpd.”  There is still time before these bottlenecks and challenges to our export infrastructures are truly tested.  But, given U.S. crude production is expected to increase between 800,000 and 1 million barrels per day over the next year, we may not be that far away after all.  The U.S., despite oil rig counts only increasing by 1 last week and natural gas rigs decreasing by 5, continues its mission of increased production and is reported to possibly reach the 4 million barrel per day figure by near 2022.  Before this can happen though, we, as a country, would need to seriously look at all infrastructure from pipelines to docks to storage, and revamp nearly all of them to accommodate the growth we are planning for.  A lot can happen between now and 2022 in the oil market and how the OPEC rebalancing shapes out could very well determine the future for all OPEC and Non OPEC oil producers.