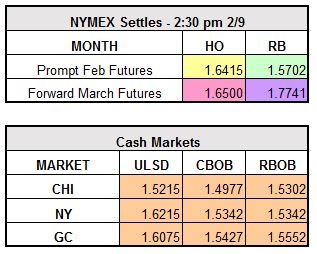 We continue to wear our rally caps today as oil prices rise for the 4th consecutive day. This is attributed to more news that oil supply is shrinking and also that the stock market is rallying on news that President Trump may be releasing a tax cut announcement in the coming weeks.

Reuters reported earlier today that OPEC has complied with more than 90% of its targeted production cuts in January. This has far surpassed their previous record of pledged cuts back in 2009 when it cut 60% of its target. With the cut in OPEC supply, the IEA said that global oil supplies in January declined by 1.5 million barrels per day (million b/d). On the demand side, we received news that China’s January crude imports were 8.05 million b/d, the second highest on record. The highest was last December at 8.57 million b/d. Therefore, more and more analysts are claiming the oil market is starting to come to balance, which is causing it to rally and test the WTI resistance level of $54.22 today.

Speaking of rallying, most of your 401k’s should be rallying. That is because the Dow Jones Industrial Average hit a new intraday high today of 20,242, at writing. Much of this is fueled by Trump’s conversation with airline executives that within the next three weeks, he’ll have an announcement that would be “phenomenal in terms of tax.” This is exciting investors who have enjoyed the “Trump rally”, which encourages them to invest in growth opportunity stocks that the Trump administration’s policies may benefit.

In other news, it was a cool 14 degrees Fahrenheit this morning in Pittsburgh, and now we’ll see 56 degrees tomorrow. The wild weather swing of this week continues!