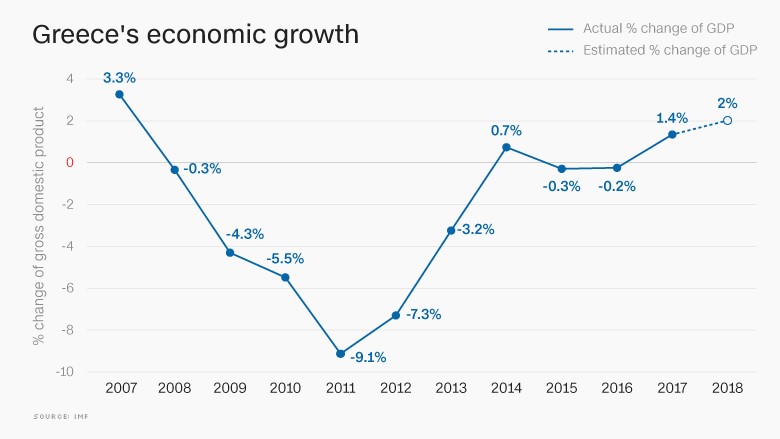 Today, August 20, 2018 Greece exited its final bailout program from its fiscal crisis in 2015.  In an article published by Reuters, the chairman of the ESM board of governors said, “Today we can safely conclude the ESM program with no more follow-up rescue programs as, for the first time since early 2010, Greece can stand on its own feet.” Greece has struggled over the past few years and has received multiple bail outs from the IMF. “Emerging from its third bailout since 2010, Athens will rely on bond markets to refinance its debt, officially leaving behind a crisis that shrank its economy by a quarter and forced it to implement painful austerity. Since early 2010, Greece has relied on the biggest bailout in economic history, more than 260 billion euros ($300 billion) lent by its euro zone partners and the International Monetary Fund.” The IMF has remained cautious broadcasting messages surrounding the continued monitoring of Greece and its adherence to its public restructuring plans.

Although the exit from the stimulus bailout is hailed as a great success, murky waters lay ahead for this jewel in the Aegean Sea.  “According to the International Monetary Fund (IMF), only four countries have shrunk economically more than Greece in the past decade: Yemen, Libya, Venezuela and Equatorial Guinea.” Therefore, it is incredibly important for Greece to remain on the road to recovery as they are constantly monitored by the rest of the Euro Zone. Only time will tell if this beautiful country will fiscally sink back into the deep end.