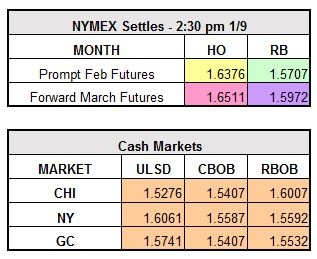 As we’ve been hearing, many countries appear to be increasing oil output this month vs. expected. Two of the guilty countries that may end up being the most important are classic hockey powers…Canada and Russia.

According to Matt Stanley of Freight Services International, Canadian rigs have increased 30% from a year ago. The current count stands at 209, up 49 from 160 in December of 2015. This is a surprising statistic considering the Fort McMurray wildfire in May of 2016. It caused Canadian production to be reduced by one million barrels per day at one point, about 27% of its production. Canada did not take part in the Non-OPEC production cut, so having this quick recovery in production rigs may add much more crude supply onto the market than many anticipated.

The most important non-OPEC producer who did take part in the production cut is Russia. Reuters reported earlier today that the country only cut production by 100,000 barrels per day earlier this month. This production cut is much less than the 300,000 barrels per day it agreed to with the comprehensive OPEC/Non-OPEC agreement late last year. Russia is notorious for not following through on production cut deals in the past and it is particularly troubling this time around. Particularly because for the month of December and the first week of January, temperatures in Siberia (a major oil production area), were as low as minus 60 degrees Celsius. Typically, oil rigs cease production below negative 48 degrees Celsius because of operational issues with the cold weather. Therefore, if Russia only cut 100,000 barrels per day when it was extremely cold and some rigs were not operational, it could have produced more oil output if the weather was warmer. Since Russia was the primary Non-OPEC country that allowed the production cut deal to happen, Russia’s lack of compliance with its production cut target could put downside pressure on oil prices.