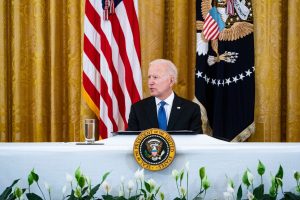 As President Biden unveiled his infrastructure plan in Pittsburgh yesterday, it kicked off the first step in what is estimated to be a months-long negotiation with Congress.  The American Society of Civil Engineers estimates that approximately $2.6 trillion dollars is needed to restore America’s infrastructure over the next decade.  Biden’s plan, called the “American Jobs Plan,” is estimated to be around $2 trillion.  The plan is said to be funded by raising corporate taxes from 21% to 28%.

The proposal includes the following areas:

The second part of the plan is entitled the “American Families Plan” that the President plans to elaborate on in upcoming weeks.  He stated, “It grows the economy in keyways. It puts people to work to repair and upgrade that we badly need. It makes it easier and more efficient to move goods, to get to work, and to make us more competitive around the world.”