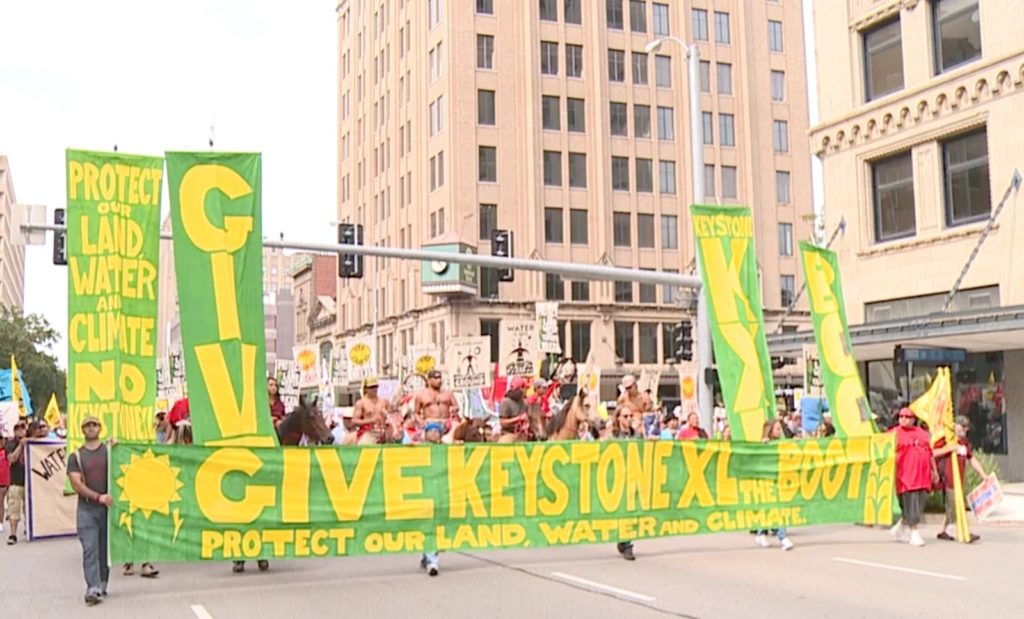 There are crucial events taking place already this week and it is only Monday! Let’s start out this week by acknowledging the OPEC meeting currently taking place over the next two days.  Oil futures edged downward this morning and the fickle state of OPEC compliance is the main driver.  The stage is set in Abu Dhabi and the discussions on how to become more effective have commenced.  One of the reported major conversations taking place is whether or not to cap Libyan and Nigerian production.  Both are currently pumping close to their peak levels and do not appear to be slowing down any time soon.  Given the economic status of these countries AND the militant attacks that have taken place, oil is one of the key components to delivering a future to these two countries.

Nigeria boosted its exports last month by increasing nearly 260,000 bpd.  This was a key contributor in the decision to take another look at the OPEC compliance.  As of right now, Nigeria is claiming that they will begin to cap themselves, since they have reached their desired level of production at 1.8 mbpd.  The Economic Times reports “Nigerian production is back at a 17 month high of 1.8 mbpd while Libyan output has nearly tripled from last year with production nearing 0.95 mbpd. This roughly translates to an increase of about 0.4-0.5 mbpd from these two and negates nearly half of the OPEC’s 1.2 mbpd cut.”    Libya on the other hand has nearly tripled its production from last year and is at nearly 950,000 mbpd.

Some news around the U.S. starts with the current rig count. The U.S. decreased its oil rigs by one last week and that takes the total to 765 units.  Natural gas rigs dropped by three to a total of 189.  The U.S. off shore rigs also dropped by 7 units this week taking the new total to 17 and remains flat year over year.  If there are speculators out there saying this is the U.S. is finally seeing OPEC’s goal and tagging along….it would appear they are mistaken.  Given U.S. production is now reaching over 9.4 mbpd there are projections that the U.S. will surpass 10 mbpd in 2018.  Given prices continue to stay within the “money making” realm for producers and their new efficiencies, there will be no reason to slow down.  We are now seeing that less rigs does NOT mean less production.  In fact, given new technologies and efficiencies deveoloped, we are beginning to do more with less perhaps.

To wrap this up on news regarding our homeland, the Keystone XL Pipeline project is going through its final round of hearings this week in the beautiful state of Nebraska. The pipelines fate rests in Nebraska’s hands as they discern as to if this pipeline is going to be more beneficial than harmful.  The pipeline is designed to carry the Canadian Alberta oil sands to U.S. refiners and eventually to connect directly to the Gulf of Mexico for export.  The pipeline was given federal approval by President Trump back in March but still must be approved by Nebraska, the last of the three states needed for a decision, in order for this project to come to fruition.

The 1,179 mile pipeline is expected to bring thousands of jobs and millions of dollars to the U.S., but at what cost?  Land owners in Nebraska are seeing more harm than good that can come from the Keystone Pipeline.  They claim the jobs created will only be temporary and the money produced will not outweigh the environmental risks that are associated with having a pipeline run through vital farmland and cattle ranches.  The decision is set to be made by November regarding whether or not Nebraska will comply and allow this to happen.  Stay tuned.