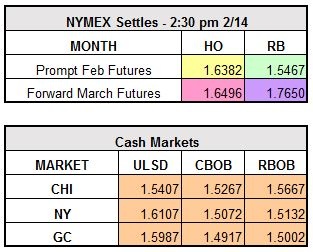 The biggest takeaway from this report would be the draw in Cushing oil inventory and the decrease in refinery run rates. This corresponds with the fact that Gulf Coast refineries are hitting turnaround season for the springtime. They are slowing refined product output and thus building crude inventories while they ready their refineries to produce summer grade gasoline.

According to Fitch ratings, big oil companies require $50-60 per barrel orders to break even. At writing WTI crude oil trades down $0.15 to $53.05 per barrel. It seems like we’ve been trading range bound between $50-55 per barrel and that may continue unless we receive any new news about OPEC’s production cuts.