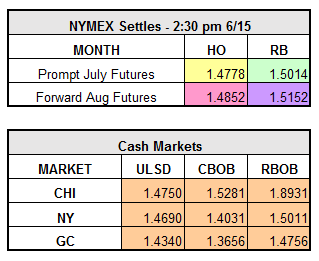 With 531 million bbls currently in storage, crude is still in surplus. Despite numerous supply disruptions last month, including the Canadian Wildfires and multiple attacks on the Nigerian pipelines, OPEC and non-OPEC members are pumping out crude at such high rates that even such disruptions don’t seem to have a meaningful impact on supplies.

The Niger Delta Avengers have blown up another pipeline owned by the country. This is the second attack this week.

On June 20th Norwegian unions and rig owners are set to negotiate an annual wage deal, and unless an agreement is made by the 22nd, nearly 300 oil and gas drilling rig employees could go on strike.