Inflation has accelerated in March to 8.5% when compared with 2021.  To no one’s surprise, this level of inflation was driven by spikes in both energy and food.  Simultaneously as the global supply chain tightens, combined with lockdowns in China, the cost to move everything everywhere continues to increase.   Additionally, for the first time since 2020, the Fed has both increased rates and decreased the balance sheet.  These inflationary levels are the highest since December 1981. 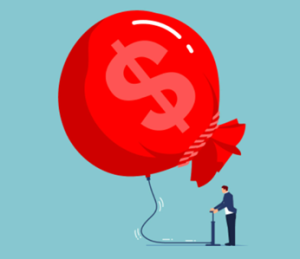 “Increases in the indexes for gasoline, shelter, and food were the largest contributors to the seasonally adjusted all items increase. The gasoline index rose 18.3 percent in March and accounted for over half of the all items monthly increase; other energy component indexes also increased.”[1]  Core inflation is the change in costs of goods and services with the energy and food sectors removed.  When removing those sectors, core Consumer Price Index (CPI) increased 6.5% over the 12-month period to meet analyst expectations.

The Russian invasion of Ukraine has continued to be a major driving force when looking at energy prices.  Concurrently, OPEC+ has decided to stop using oil data from the West.  OPEC+, which includes Russia, has not entertained requests to increase production to try to lower the price of oil.   In March, a meeting co-chaired by Saudi Arabia and Russia made a unanimous decision to eliminate the International Energy Agency’s (IEA) numbers.  “The decision is largely symbolic as OPEC+ could always choose to select which numbers it uses from six non-OPEC sources when forming its view of the balance of supply and demand in the oil market.  That it formally dropped the data reflects a build-up of frustration, six sources said, over what OPEC+ saw as the IEA’s bias towards its biggest member the United States.”[2]  Sources believe that this decision could be in retaliation to sanctions imposed by the West on Russia.  The U.S. has announced that it plans to release up to 180 million barrels of oil from its Strategic Petroleum Reserve to increase supply and lower prices.

Workers, on the other hand, are seeing that real earnings are not keeping up with the cost of living.  While hourly earnings are up 5.6% from the previous year, inflation is running at a higher pace.  Real earnings posted a (seasonally adjusted) decrease of 0.8% for March.  Even after the “great resignation” in 2022, workers still have less buying power.  In the current market, wage gains are necessary to keep up with inflation, but if the CPI levels out, those hourly gains could mean actual increases to consumers.

The risk of a recession is growing.  According to CNBC, 81% of Americans believe that there will be a recession in 2022.  As prices continue to increase, consumers pull back on their spending.  That pull back, in turn, force companies to slow hiring.  The last recession was in 2020 as Covid surged around the globe.  The difference now is that the economy is growing back from Covid levels and does not show signs of slowing.