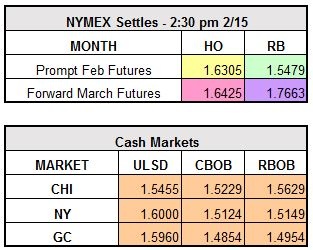 The oil patch has seen a refined product glut since 2015, but that glut is weakening on the distillate side which could prop up prices. The EIA reported in its February edition of the Short-Term Energy Outlook that distillate (diesel and heating oil) demand will increase by 80,000 barrels per day this year compared to 2016. Much of this can be explained by the rail industry and the slow comeback of coal.

The Association of American Railroads said that during the first six weeks of this year, the number of rail cars loaded with coal increased by 15% compared to last year. Coal deliveries should rise significantly in 2017 now that utility companies have drawn down their large inventories from 2014-2015 when the prices dropped substantially. The coal industry will also benefit due to the rise in natural gas prices. The current March contract presently trades in the $2.90/dekatherm range, after trading in just the $2.40s last February. This rise in natural gas prices will encourage more coal-fired power plants to turn on and increase production during peak demand periods. In the end, a more active coal industry requires more trains to deliver the coal, causing more distillate demand.

I would be remiss in not mentioning that demand will also rise as a result of increased drilling activity. Diesel is used to power the generators and motors because a lot of these sites are in remote geographies. Baker Hughes reported last Friday that the current U.S. rig count stands at 591, an 80% increase from May 2016. With OPEC cutting production and the U.S. starting to fill some of the void, this bodes well for diesel demand.

In other news today, the market rallied on reports that OPEC was considering either extending production cuts into the second half of the year or steepening current cuts to fight the glut of global oil inventories. However, the market flipped around 10:30 a.m. EST to trade lower on the day to what appears to be a technical move lower. We may be trading lower, but the losses are buoyed by a weaker dollar today, trading down $0.634 to $100.53. 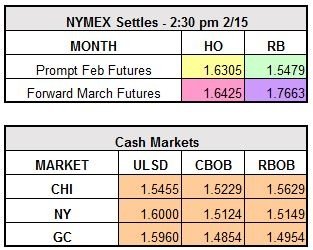