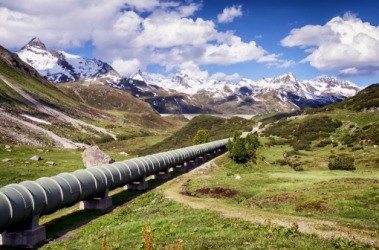 President Donald Trump and his current administration have clear support on the infrastructure of pipelines. One of the most controversial pipelines to be completed by TransCanada is the KeystoneXL pipeline from Hardisty, Alberta to Steele City, Nebraska. According to a letter from the U.S. State Department to the Native American tribes, “TransCanada Corp plans to start preliminary work on its Keystone pipeline project in Montana in the fall of 2018 ahead of full construction in 2019.”

Reuters has noted that, “the 1,180-mile (1,899 km) Keystone XL pipeline project has been a lightning rod of controversy for a decade, hotly contested by environmentalists but desperately needed by Canadian oil producers who face steeper-than-normal crude price discounts due to transportation bottlenecks. This is not the only pipeline up for discussion.

Updates on other pipelines that are in the works:

Located in Texas, this pipeline would have the capacity of 585,000 barrels/day extending from the Permian Basin to the Corpus Christi area. According to an article in North American Oil & Gas Pipelines, “permitting, right-of-way and procurement activities are under way, and the pipeline system is targeted to be operational in the third quarter of 2019.”

This pipeline focuses around maintenance of a line from Alberta, Canada to the United States. This line moves all grades of crude oil and is estimated to cost $7.5 billion when it’s all said and done.

As humans progress into the 21st century there will be an increased importance on infrastructure. The creation of safe and reliable pipelines for all types of products will need to be run through lands occupied by both nature and people. There will always be a clash between those who want to have the pipelines and those who want to keep them away, as the need increases the battles will become more public.