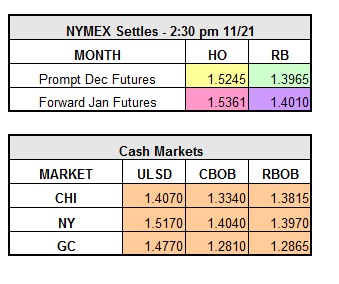 Last month Saudi owned oil company Aramco halted shipments of fuel to its neighbor Egypt, after Egypt backed separate Russian and French draft resolutions on Syria at the UN Security Council in October, which did not make the Saudis very happy.

What else is going on in the world of oil?