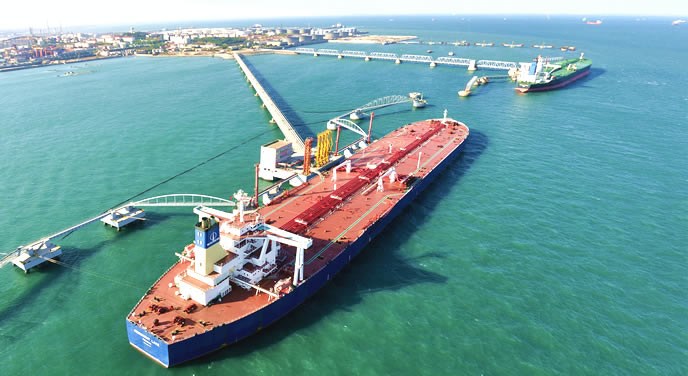 After the NYMEX started the morning slightly down and flat, RBOB and HO futures are now mixed as geopolitical news continues to be digested throughout the world.  The top three issues impacting commodity prices continue to be the upcoming Iranian oil export sanctions in which there are conflicting reports as to the lost daily volume thus far, the recent murder of Washington Post journalist Jamal Khashoggi and the ongoing trade dispute between the U.S. and China.

This past summer, OPEC agreed to increase output of crude oil by one million barrels per day to counteract the supply disruptions to Iranian exports after the U.S. ended its involvement in a multi-nation nuclear pact.  Iran continues to state that OPEC and other non-OPEC nations will be unable to make up for their lost exports.  So far, the data shows that Iran is correct in their assessment.  Saudi Arabia and Russia are currently at record production levels but decreases in production from Iran, Venezuela and Angola have more than offset those increases.  As one PVM oil strategist stated, “The big unknown is how much Iranian oil will be off the market and we’ll know in about a month’s time.  Then we’ll have a clearer picture of what to expect for the first quarter of next year.”

Additionally, the rhetoric from Saudi Arabia regarding the murder of Washington Post journalist Jamal Khashoggi has continued to change and it has raised more questions as to the impact this could have on the oil market internationally.  As the U.S. continues to gather more information, President Trump has stated that Saudi Arabia is looking at “very serious consequences.”  Some lawmakers have suggested sanctions against Saudi Arabia to which the Kingdom has responded that they will retaliate with “bigger measures.”  That threat was somewhat softened over the weekend when the Saudi Energy Minister commented that Riyadh did not intend to have an oil embargo on the West as there was in 1973.

Finally, analysts are predicting that the ongoing trade dispute between the U.S. and China will decrease petroleum demand.  “The full impact of the U.S. – China trade war will hit markets in 2019 and could act as a considerable drag on oil demand next year, raising the possibility of the market returning to surplus” stated Emirates NBD bank.