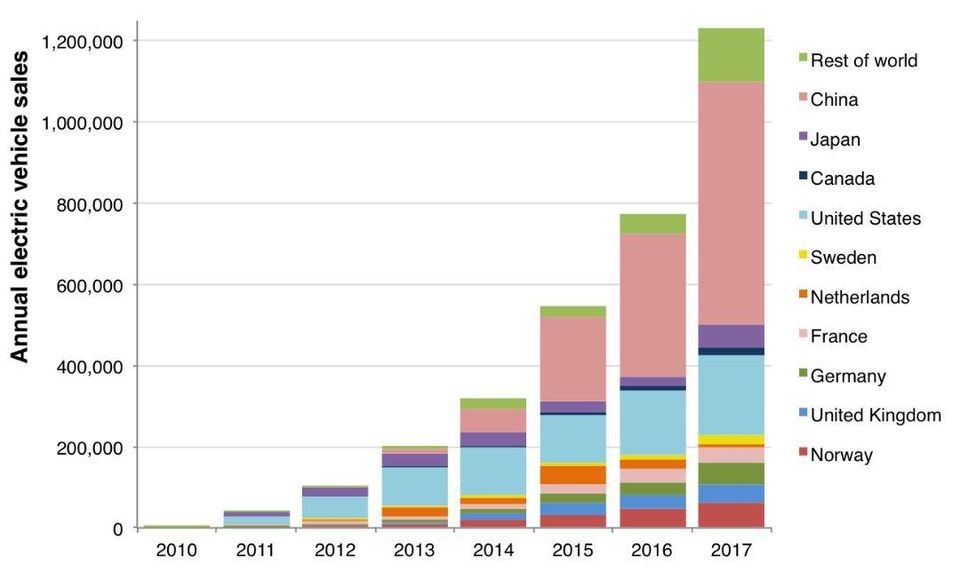 Last year, over one million electric cars were sold around the world. There were approximately 760,000 on American roads in addition to approximately 820,000 in Europe with China leading the pack at 1.23 million. With an increasing growth of 53% since 2017, China is expected to reach 2 million by 2020 and a complete ban of internal-combustion engines by 2040.

Although the outlook is optimistic in regards to an electric future, there are many hurdles in the way. Will manufacturers be able to speed up the process of charging your vehicle? Where will consumers put these chargers? Charging Corridors? Electricity prices? These factors may be surmountable but policies may need to put in place as well increasing consumer awareness. As General Motors CEO Mary Barra stated she “sees an all-electric future.” The United States is still one of the world’s greatest car manufacturers. With the transition to electric, market opportunity as well as manufacturing jobs are for the taken.