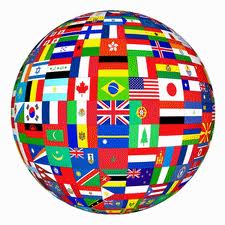 Between today and tomorrow the Organization of the Petroleum Exporting Countries (OPEC) and other oil producing countries meet in Vienna to discuss further oil production cuts. The current agreement which ends in March includes cuts of 1.2 million barrels per day and could include increasing that number by more than 400,000 bpd, according to Reuters.

Just because the agreement for production cuts were put in place does not mean that the oil producing countries have followed through with the agreement. “Russia, responsible for more than half of the non-OPEC curbs, in October didn’t comply with the supply agreement for the third month in a row. While Saudi Arabia has borne the burden of the curbs, Russia has made more money—about $670 million a day so far this year, compared with $630 million daily for the Middle Eastern country”, stated in an article in Bloomberg.com. Additionally, Saudi Arabia’s state-owned oil company, Saudi Aramco, is nearing its initial public offering (IPO). The IPO will be the largest in history – it will be even larger as the price of crude oil increases. Therefore, you can expect Saudi Arabia to push for steeper production cuts so Saudi Aramco can receive a higher share price when shares are available to the public.

We will see how the OPEC discussions go in the next 48 hours and what actions those countries take moving forward in terms of oil production.

The United States and China remain locked in discussion over trade. According to Reuters, “Completion of a phase one deal between the world’s two biggest economies had been initially expected in November, ahead of a new round of U.S. tariffs set to kick in on Dec. 15, covering about $156 billion of Chinese imports.” A representative from China’s government made a comment today that some U.S. tariffs must be rolled back for a phase one deal.

Non-trade issues are a topic of discussion between the two countries, such as the protests in Hong Kong and U.S. calling for a tougher response to Beijing’s treatment of Uighurs in the Chinese region of Xinjiang. China has threatened retaliation by releasing an “unreliable entities list” of firms that China deems harmful to the country’s interests. Time will tell how the two countries resolve the trade talks.