Last week, meetings were held at the White House with key Democratic and Republican senators discussing President Biden’s American Jobs Plan.  President Biden has made it known that he is willing to narrow the scope of the bill, which is currently slated as a massive $2.3 trillion dollar proposal.  By narrowing the scope of this bill to traditional infrastructure items such as roads, bridges, and broadband, there is optimism that a bipartisan deal can be reached.

CNBC reported that the starting point for negotiations was a $568 billion infrastructure plan named “Republican Roadmap” that was unveiled in April by Senator Shelley Moore Capito of West Virginia.  Senate Minority Leader Mitch McConnell indicated that Republicans would be willing to spend upwards of $800 billion on an infrastructure deal.  While the ball is now in the GOP’s court, the White House expects the counterproposal by Tuesday, and it is anticipated that President Biden will submit a counterproposal of his own.  Both sides have agreed they want to move swiftly on the matter and have set an informal deadline of Memorial Day for making real progress. 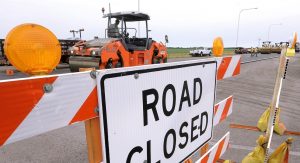 With Biden compromising on his American Jobs Plan proposal, it is expected that Democrats will look to pursue other spending bills down the road.  One of those being the $1.8 trillion American Families Plan. Per CNBC, “This bill includes funding for two years of free universal pre-K and two years of free community college, subsidizing childcare for middle-class families and expanding paid family leave and child tax credits.”  One point of contention for this bill is the source of the funding.  Experts anticipate this is where tax increases on large corporations and the wealthiest Americans will take place.  CEO of the National Association of Manufacturers (NAM) Jay Timmons was quoted, “we’ve presented other options such as public-private partnerships, user fees, and bonds.”  Senator Mark Warner, D-Va agreed that user fees must be part of the mix, but they may interfere with Biden’s pledge to not raise taxes on those making less than $400,000 per year.  While the source of funding is to be determined, it is still positive that both sides of the aisle are committed to approving the infrastructure deal in a timely manner.