Seven weeks of large crude draws, still, has not been enough to push the energy markets up. We saw almost a 9 million barrel drop in crude inventories reported yesterday from the DOE, but U.S production is pushing right back generating the highest amount of output in more than two years.  The market was down yesterday and is continuing to lose ground early this morning.  Yesterday, front month Heating Oil closed down $0.0252 to $1.5744/gallon, front month RBOB closed down $0.0157 to $1.5638/gallon, and WTI Crude closed down $0.77 to $46.78/bbl.

A few important facts to take note of: 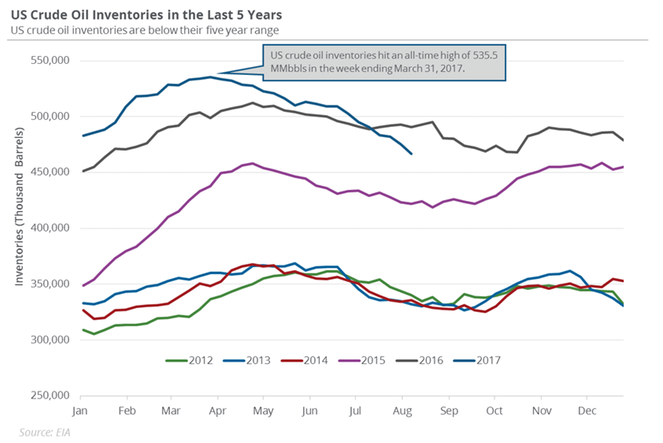 Another interesting piece of data that made some headlines was China’s gasoline demand is expected to decline in the coming years. In previous monthly data, China has had over 2 million new car sales a month.  But, according to BMI Research, “Gasoline consumption growth in China is set to see a marked slowdown over the coming years, due to the macroeconomic headwinds, improving fuel economy, and competition from alternative fuels.” 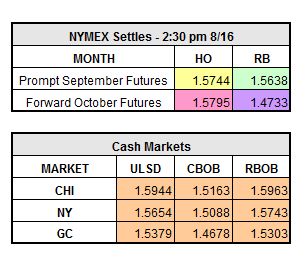