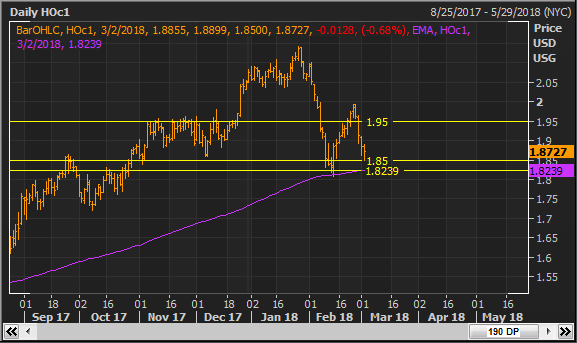 Factors that have contributed to the sharp drop include:

Budget conscious distillate consumers may find some value anywhere near the $1.8500/gal in the HO for April delivery.  Especially if the market holds above that level today.  Another support level in HO worth noting, is the 200 day moving average of $1.8239/gal.