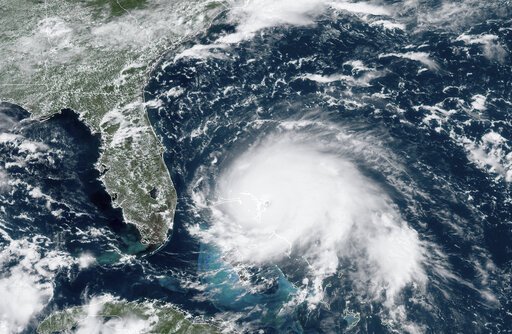 We have approximately six weeks left of the 2019 hurricane season as Tropical Storm Nestor landed in Florida over the weekend as a post-tropical cyclone. There was zero impact to areas of the Gulf Coast with most refineries, and for now it looks like the tropics are quiet for the time being.

The prediction from the National Oceanic and Atmospheric Administration (NOAA) from earlier this year, were 9-15 tropical storms, 4-8 hurricanes and 2-4 major hurricanes. In August the NOAA released an update, saying that the conditions are favorable for above-normal hurricane activity since EL Nino had ended.

So far, we have had 16 tropical depressions; 14 total storms, five being hurricanes (Barry, Dorian, Humberto, Jerry, and Lorenzo). The most powerful storm was Hurricane Dorian with maximum winds of 185 mph which made landfall over Cape Hatteras in North Carolina.

It will be interesting to see how the rest of the Atlantic hurricane season goes, which ends on November 30th. The NOAA is calling for above-normal hurricane activity but in terms of hurricanes making landfall in the U.S., fingers crossed we have a quiet month ahead.

In other news, the market is trading lower today on continued concerns about the economic slowdown which decreases demand for crude oil. This coupled with the seasonal decline in oil demand anyway and no real bullish catalysts has crude oil down by $0.68 to $53.10/barrel. Diesel trades lower by $0.016 to $1.9311/gallon and RBOB is down by $0.0243 to $1.5987/gallon.