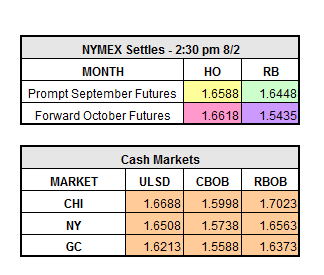 One interesting piece of news out of the Middle East, is that oil is being auctioned off in an effort to increase the value of crude oil. The hopes are that buyers will outbid each other and increase the price of oil.  According to John Driscoll, chief strategist at JTD Energy Services, “They see how many buyers are participating, how aggressive they are and whether they are willing to improve their price.  Sellers are getting a much more indicative and reliable gauge of the market for the crude through this process.”  Iraq held their first ever auction in April, selling two million barrels of Basrah Light.  Another transaction totaled an additional four million barrels of Basrah Light and Basrah Heavy where 17 bidders submitted 25 bids within a two-minute window.  The crude was sold at a higher price than the official price.

Summer gasoline prices are expected to rise rather than fall over the last part of summer. Crude inventories are falling, which point in the direction of rising prices for the month of August.  Gas prices are up $0.20 at the pump compared to last year at this time and most likely aren’t going to stop there.