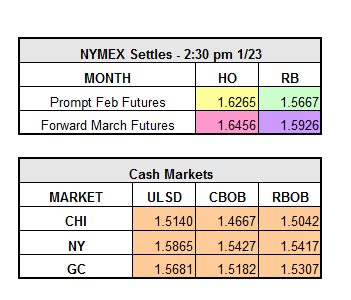 Oil prices are relatively stagnant today as the market tries to find some direction before the API statistics come out at 4:30 pm. The headlines in the oil industry today include lower production for OPEC and more drilling in the United States. Oil ministers from OPEC are making sure that everyone knows that they are sticking to their word in regards to production cuts. Why would OPEC want to talk this up? In my mind, I would think that OPEC is trying to drive the price floor up more and more, so that they can make bigger profits on crude oil.

The one thing that may be offsetting bullish news of production cuts, is the bearish news regarding drilling in the United States. According to Baker Hughes, the amount of rigs drilling for crude oil in the United States went up significantly last week. It was the largest one-week increase of rigs in nearly 4 years, going from 29 to 551 rigs.

U.S. drilling has gone up more than 6% since the middle of 2016. Data will show you that we are getting back near where we were in late 2014, when strong crude output in the United States contributed to weakening oil prices.The production cuts being made, are supposedly going to reduce global supply by 2 %. We will have to wait until the end of the month to figure out if the world is on pace for lessening the supply glut.