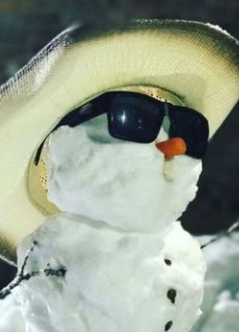 As Texas begins to thaw from the winter storm that ravaged the state, the rest of the nation is finding out that Texas operates off its own electrical grid. The U.S. has three power grids: one manages the eastern side of the country, one manages the western side, and Texas.

The Electric Reliability Council of Texas (ERCOT) is the nonprofit that operates the state electrical grid and was formed in 1970. Its predecessor was formed in the 1930s after the Federal Power Act was signed by President Roosevelt. The act allowed the Federal Power Commission to regulate interstate electricity sales. It remains outside the jurisdiction of the Federal Energy Regulatory Commission and is responsible for 90% of the state’s power. Areas not covered by ERCOT are El Paso, northeast parts of the state, and southeast parts of the state.

During the storm, first came the failure of the power grids. The lack of power was then combined with burst water pipes and the failure of water treatment plants left Texans struggling to meet their basic needs. It has become obvious that the state’s power plants were unprepared to handle the cold weather. Issues were further compounded as residents turned up their heat, increasing the demand for natural gas. The demand increase came under additional stress as power plants went offline. The state then began to see rolling power outages to avoid what is described as long-term damages.

“Insurance industry executives say they anticipate the price tag for recovery could approach that of Hurricane Harvey in 2017 — which resulted in $19 billion in insured losses in Texas, primarily along the Gulf Coast, and is considered the costliest storm in the state’s history.”[1] The economic impact from the storm is not only based on damages to buildings but also medical expenses, infrastructure damages, vehicle accidents, wage losses and lost revenues. While hurricanes are historically the costliest weather events that impact areas, this winter storm event has impacted all 254 counties.

Major crude oil refineries were also not spared from the power outages. Baytown, Beaumont-Port Arthur and Corpus Christi areas began to restart their operations on February 21st and 22nd. Other areas are taking longer to restart. The nation’s largest refinery, Motiva’s 607,000 barrel per day (b/d) Port Arthur facility, said that it will not be fully operational until March 11 according to a filing with the Texas Commission on Environmental Quality. The weather impact peaked on February 17th as 4 million b/d of crude production came offline. That accounts for more than one third of U.S. production, and currently 5 million b/d of refining capacity is still offline. Pricing is still questionable as price estimates remain bullish, and gasoline pricing being up 24.2 cents in a month. Gas prices could start to decline as refining capacity is brought back online, but the rebuilding of Texas’ infrastructure, resulting from storm damage, may rely more on diesel for equipment. Refiners could ramp up production of diesel for construction projects rather than focusing on gasoline in a market where overall gasoline demand is decreased.