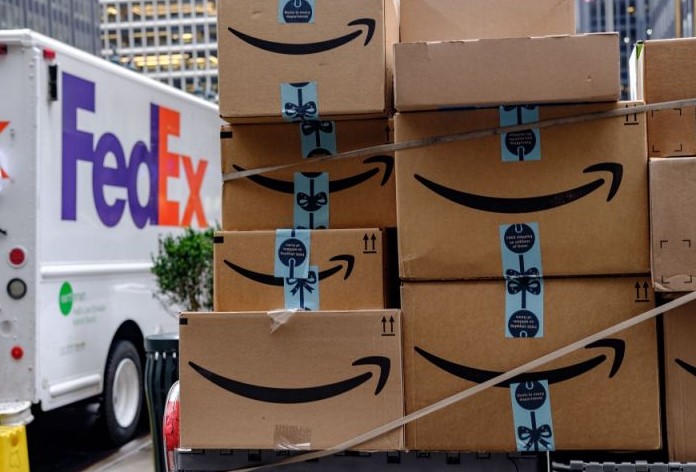 In December 2019, Amazon banned the use of FedEx Ground for its merchants. The move happened right before the holiday rush with Amazon citing poor on-time performance as the reason for the ban. During a record-breaking e-commerce holiday season, the ban left merchants scrambling to cover shipments. “Overall, holiday e-commerce sales grew 18.8% over last year, on top of an 18.4% advance holiday 2018. ‘E-commerce sales hit a record high this year with more people doing their holiday shopping online,’ said Steve Sandove, senior advisor for Mastercard, in a statement.”[1] Third-party merchants account for more than half of Amazon’s sold merchandise.

Starting yesterday, Amazon merchants could again use FedEx Ground and Home Delivery services. “A FedEx spokesperson also confirmed that Amazon lifted the ban and said FedEx’s service levels had been strong during the peak holiday season, with an average transit time of 2.4 days for Ground packages and 18% of Ground packages were delivered early.”[2] After the news broke, shares of FedEx stock ended the day up 1.8%.

Simultaneously, Amazon is looking to ramp up its own delivery service network. The company is scheduled to open a $1.5 billion air hub in Kentucky. The facility is scheduled to open in 2021 and will be the home of 50 aircrafts. All in, Goldman Sachs estimates it will cost Amazon $122 billion to establish a delivery network like that of FedEx or UPS. “But it has every incentive to do so. It costs the company an average of $9 to move a package through third-party delivery services, but only $6 when it moves the same package through its own.”[3] The airlines, coupled with drones and a delivery network poise Amazon to be a competitive threat for current delivery providers. Amazon also is looking to expand its trucking fleet to over 20,000 tractor trailers, double the number of trucks from 2018.

As 2019 closed with major bankruptcies and closures, Amazon continues to collect applications for their Delivery Service Partners program. The program focuses on the last mile deliveries to homes. This will allow entrepreneurs to invest as little as $10,000 and lease delivery vans directly from Amazon. Program participants will be contracted by Amazon for deliveries and could potentially make profits up to $300,000. Tens of thousands of people have signed up for the program.

While the short-term news looks promising for FedEx and Amazon, the long-term outlook shows major competition. As Amazon has shown, the only constant in the e-commerce marketplace is change.