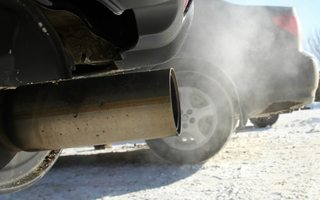 This week the Environmental Protection Agency (EPA) and National Highway Traffic Safety Administration (NHTSA) are set to announce a joint proposal dubbed the “Safer and Affordable Fuel Efficient Vehicles Rule.” This decision comes after months of “deliberative discussions” between the agencies “as is typical for any joint rulemaking, the agencies provided feedback to each other as they developed their policy and analysis for the proposal,” the NHTSA said.

The debate over who will benefit the most from the decision; the consumer, automakers or oil producers and gas refiners is fervent at the moment but here is the gist of what the decision entails.

In 2009, the Obama administration set in motion a plan to increase the average fuel economy standard from 37 miles per gallon (mpg) in 2021 to 46 mpg by 2025. This would fluctuate a bit depending on each automakers mix of trucks, SUVs and passenger cars it produced. The plan was put in place as part of a nationwide push to lower greenhouse gas emissions as well as saving billions of barrels of oil needed to burn for fuel.

The Trump administration’s proposal announced this week would halt the mileage targets at 34 mpg by 2021 with no gradual increase through 2025. Andrew Wheeler, EPA’s acting administrator, stated “We believe by freezing those for five years we’ll save over a thousand lives a year and save the American consumer over $500 billion over the course of the regulation. We really anticipate more new cars will be sold because the prices will be slightly lower, and when new cars are sold they’re safer and cleaner for the environment.”

When legislators wrote the 1970 Clean Air Act, they acknowledged the fact that California already had pollution-fighting rules and that it’s environmental situation was especially dire. Therefore, they gave the state the right to write its own, stricter standards. That waiver has been in place since and is now followed by 13 other states; allowing them to set more stringent tailpipe pollution standards than the federal government.

A successful court challenge by those 14 states could result in a divided U.S. market with federal mileage standards in 36 states and another set of standards that would require manufacturers to sell more electric, gas-electric hybrids and hydrogen vehicles in the other 14 states.

The industry wants one national standard for fuel economy and emissions.