With talks of production cuts, domestic refining capacity is 1 million bpd higher than last year at this time. We may see an oversupply because of the all-time high crude inventories in the U.S.  The United States has been preparing for the cuts that OPEC has been talking about in order to stabilize crude stocks worldwide.

Also worth noting is the Shell and Motiva split, which has been scheduled for May 1st.  Between the two suppliers, three major refineries were run, along with many other properties around the United States. 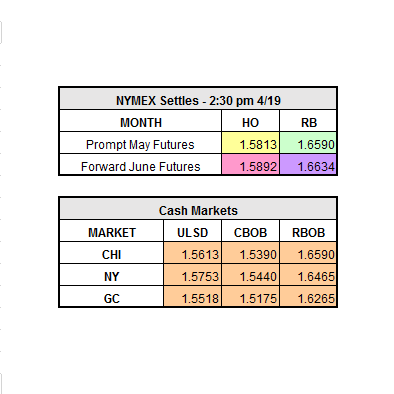