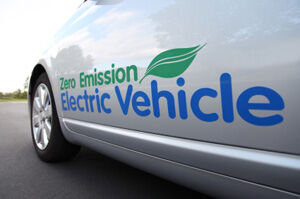 On September 23rd California Governor, Gavin Newsom issued an executive order requiring the sales of all new passenger vehicles to be zero-emission by 2035. According to Yahoo, ”As an announcement from the California governor’s office indicates, the transportation sector is responsible for more than half of all of California’s carbon pollution, 80% of smog-forming pollution and 95% of toxic diesel emissions…After the order, the California Air Resource Board will develop regulations that will mandate 100% of sales of passenger cars and trucks are zero-emission by 2035.” However, there are several questions that arise from the mandate. Most importantly, what does zero-emission mean, is this requirement even possible, and does the public want to go in this direction?

First, according the California Department of Transportation’s website, “Zero Emission Vehicles (ZEV’s), are vehicles that produce zero exhaust emissions of any criteria pollutant (or precursor pollutant) under any and all possible operational modes and conditions. “ZEV can have a variety of power options, there is electric vehicles, hydrogen fueling vehicles, and other non-pollutant varieties. There is even a chance that petroleum vehicles can be retrofit to conform to the zero exhaust emission standards. Therefore, this mandate provides an interesting dilemma as to where the future state will be in order to build smartly towards that future.

Second, California must address the growing concern that their objective is unreachable. There is a lack of infrastructure currently available to handle the load required for electric vehicle chagrining both at home and over the road. There is also the current fact that alternative fueling vehicles are being subsidized by the government at an unsustainable rate. According to Yahoo, the California Government believes that future state will be different, “Built into the order is an assumption that zero-emission vehicles will be cheaper and better than fossil fuel-powered cars, but there are significant hurdles — and opportunities before the market gets there.” Without the incentives in the marketplace it will be a large obstacle for this law to move around.

Third, the public has not indicated that alternative vehicles are their natural choice in vehicles. According to NBC News, “So far, battery cars have generated modest sales, barely hitting 2 percent of U.S. demand, according to industry data. Even in California, the epicenter of the American EV market, the figure is just 10 percent.” With that small of a market penetration today it will require major changes in buying behavior to have a substantial impact. Nevertheless, the California Government believes that alternative fueling vehicles is the first start into climate recovery and climate change and therefore believe it is in our best interest to make the change. With all things the ultimate driving force for change is dollars spent. It is up to the American consumer to guide our future and the auto manufactures are well aware of this. As 2035 approaches we are all eagerly watching to see how this mandate takes effect.