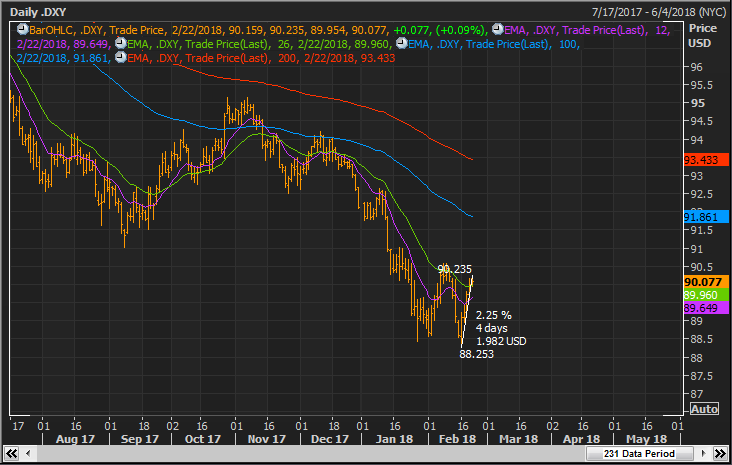 As the US dollar continues to rise in value, commodity markets are taking notice. According to Thomson Reuters, the dollar continues to firm as minutes of the Federal Reserve’s January meeting indicated that voting members, as well as the wider group of policy makers, were more confident on the economic outlook, which is reflected as an expectation of at least three interest rate hikes this year.

According the PVM, “Rising bond yields helped the US dollar strengthen. Its index against six major currencies hit its highest level in a week and it finished at 1.2282 against the euro, more than 2% stronger than the weakest level last Friday. Yet, front-month WTI only fell 11 cents/bbl to close at $61.68/bbl and Brent gained 17 cents/bbl and settled at $65.42/bbl although they both started to weaken this morning.”

Due to the President’s Day holiday, the release of the API and EIA statistics are delayed by one day.

According to the API statistics that were released last night:

As today’s trading session gets underway it will be interesting to see what direction the market will take after the EIA stats are released. As of 7:30 this morning WTI crude, HO, and RBOB are all trending lower.