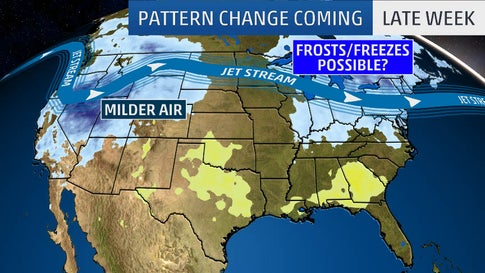 So far this fall has brought us near record highs in parts of the Northeast, with some areas breaking through 90 degrees. Leaving many to feel that we may continue to have a warmer fall and maybe even a milder winter. However, if you take a look at the forecast we could start to see a drop rather quickly. With next week’s forecast showing evening temperature drops to the low 40’s, we could see the need for winterized fuel approach sooner rather than later.

Due to a reconfiguring Jet Stream, there are even parts of Maine that could see their first snowflakes of the season later this week. The jet stream will take a southward dip over parts of the east allowing a cold front to enter the east towards the end of this week.

With the approaching cold in perspective, it could be time to start thinking about tanks and equipment that don’t run through fuel quickly. While we may be currently seeing record fall heat, there could be some potential pain for those who don’t keep an eye on the forecast. Our first frost and/or freeze could be right around the corner, play it safe!