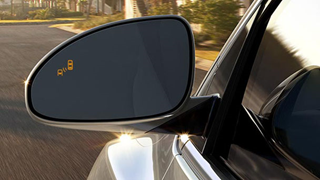 Where would somebody look to decide what steps can be taken to increase driver safety? Is it technology that needs to be advanced in order to prevent the number of accidents? Or is it looking at the data and facts of how many truck involved accidents have occurred on our roadways? Perhaps there is a correlation between the two.

As far as technology goes we are already seeing the implementation of new advanced tech savvy options in consumer used vehicles. Features so safe it’s actually allowing drivers to take their hands off the wheel! Not that truck drivers need to have that same opportunity, but maybe they could use the sensors that make it possible.

Think about two of the most common incidents on the road and the technology that manufacturers have added to reduce accidents for their consumers:

Of course there has to be the concern of too much technology creating confusion for drivers. However the two listed above seem to be more of an influence then something that forces a driver. These were a few of the many bullet point options presented at this year’s Technology & Maintenance Council (CMC) event in Atlanta. Among them were others such as:

These are all fascinating options that suggest advanced technology could be used to increase safety, but let’s go back to the top and address the other question of using data and facts in truck safety.

The unfortunate facts show that recent years have produced a total cost of up to $44 billion in vehicle accidents in a single year. More importantly is that in 2017 alone there were 4,761 fatalities involving large truck collisions, which was an increasing rate from years past. Perhaps more technology could help reduce these alarming numbers.