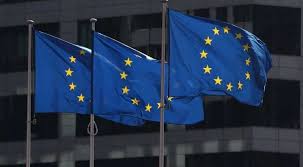 Trump has already delayed tariffs a few times hoping to receive better terms with U.S. and Europe trade relationship. “I met with the new head of European Commission, who’s terrific. And I had a great talk. But I said, ‘look, if we don’t get something, I’m going to have to take action’ and the action will be very high tariffs on their cars and on other things that come into our country,” Trump said.

The head of the European car industry ACEA, Mike Manely said they were hoping they could avoid any issues with the U.S. “If you look at President Trump’s track record, I think he is incredibly serious. If the parties involved approach those discussions in a serious manner it will be possible for an amicable conclusion to be reached.”

The Office of the U.S. Trade Representative said, the U.S. goods and services trade deficit with the European Union was $109 billion in 2018.

Trump has also threaten up to 100% of French goods, because of digital services tax that currently harm U.S. tech companies.

Last month the U.S. struck a deal with China on Phase 1 putting at ease any worries that surfaced over the world economy.

Trump is ready to make a trade deal with Britain next. “Boris and I are friends, and he wants to make a deal, and that’s okay with me,” he said.