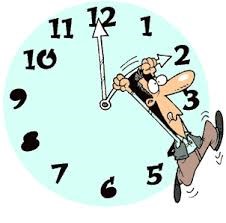 You may or may not be aware but Sunday March 10th is the beginning of Daylight Saving Time. There are many conjectures about the origin and purpose of DST, but there is one clear fact, everyone enjoys more sunshine. On, “Sunday, March 10, 2019, 2:00:00 am clocks are turned forward 1 hour to Sunday, March 10, 2019, 3:00:00 am local daylight time instead.” Unfortunately that means we technically lose an hour of sleep that we all could use.

Benjamin Franklin was the originator of Daylight Savings time. Unfortunately this theory is accepted as fiction. The History Channel claims, “By the time he was a 78-year-old American envoy in Paris in 1784, the man who espoused the virtues of “early to bed and early to rise” was not practicing what he preached. After being unpleasantly stirred from sleep at 6 a.m. by the summer sun, the founding father penned a satirical essay in which he calculated that Parisians, simply by waking up at dawn, could save the modern-day equivalent of $200 million through “the economy of using sunshine instead of candles.” As a result of this essay, Franklin is often erroneously given the honor of “inventing” daylight saving time, but he only proposed a change in sleep schedules—not the time itself.”

The United States of America was the first country to implement Daylight Saving Time. Once again, this claim happens to be fiction. The first country to adopt Daylight Saving Time was Germany, “On April 30, 1916, Germany embraced daylight saving time to conserve electricity. Weeks later, the United Kingdom followed suit and introduced ‘summer time.’”

The United States of America implemented Daylight Saving Time for agricultural reasons. According to History.com the statement above is false, “American farmers did not lobby for daylight saving to have more time to work in the fields; in fact, the agriculture industry was deeply opposed to the time switch when it was first implemented on March 31, 1918, as a wartime measure. The sun, not the clock, dictated farmers’ schedules, so daylight saving was very disruptive… Agrarian interests led the fight for the 1919 repeal of national daylight saving time…Rather than rural interests, it has been urban entities such as retail outlets and recreational businesses that have championed daylight saving over the decades.” Daylight Saving Time was re-instated with the 1966 enactment of the Uniform Time Act, thus creating the standard we use today.

Please take this as a friendly reminder to “Spring Ahead” on Sunday.