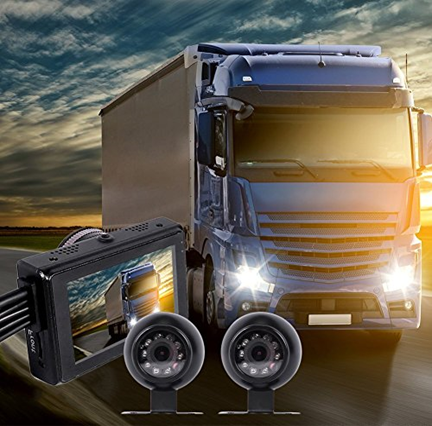 Dash cams have quickly become a growing trend in the transportation industry.  Since their original use on police cars in the 1980s, they have evolved from bulky cameras requiring VHS cassettes to smaller, sleeker, high definition cameras available today.  In fact, early dash cams were so expensive and provided such poor video quality, many police departments were not interested investing in them.  In the early-1990s however, normal citizens began installing them and recording police officers in hopes to record any unlawful stops.  Naturally, this prompted police departments across the country to adopt dash cams which in turn led to humorous shows such as Cops and World’s Wildest Police Videos.  Dash cam usage increased even more once Russian citizens began capturing people throwing themselves at cars.  The cameras would prove that the drivers were not at fault and avoid paying any damages.  We now see taxis, buses, and trucking companies utilizing dash cams for a multitude of purposes.

As was the case with their use with Russian citizens, a huge purpose of dash cams in over the road trucks is to reduce the amount of false claims.  A study reported by Eifa Navaid at Keep Trucking showed that passenger vehicles were at fault in nearly 85% of truck-passenger vehicle accidents.  The Federal Motor Carrier Safety Administration states “the average cost of a large truck crash is about $91,000.”  For a small trucking company one accident could put a halt to your business.

Some accidents are unavoidable however, but the best way to prevent accidents is to adequately train your drivers.  Dash cams can record data including hard cornering, hard braking, hard accelerating, and collisions.  Re-watching this data during driver training can help prevent future incidents.  Along with better trained drivers, there could also be a fiscal advantage to dash cams.  With the ELD implementation in 2018, some insurance companies offered lower rates to trucking companies who shared their ELD data.  Navaid foresees a similar path with dash cams as she says the “technology and data recorded will likely come into play.”  As technology moves forward, innovations in the dash cam industry are imminent.  Now would be a great time to look into them as they are a cost effective way to protect yourself from false claims and an easy option when it comes to driver training.