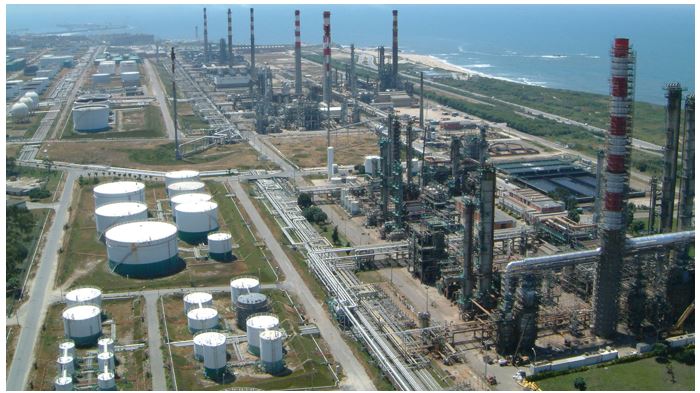 Ministers from both OPEC and non-OPEC producers left Vienna today with no new policy recommendations. The market was unenthused by the result as we trade sideways. Now, the attention turns to the refining situation which has led to distillate supply tightness and North Korea’s alarming hydrogen bomb threat.

The Joint Ministerial Monitoring Committee for OPEC/non-OPEC ended with no new recommendations. It is important to note that this committee does not have the authority to make policy changes, only recommendations. According to Reuters, Russian Energy Minister Alexander Novak commented that “we can return to this issue not earlier than January next year” regarding whether to extend the current 1.8 million barrel per day production cut beyond the March 2018 expiration. It will be interesting to see if all sides agree on a further production cut to boost oil to their $60/barrel price target. They will have to keep the production-cut exempt countries, Libya and Nigeria, in check because the Wall Street Journal reported that they have collectively increased their production by 0.550 million barrels per day over the duration of the OPEC/non-OPEC production cut.

Although a lot of us will be experiencing summer-like temperatures through next week, winter and heating oil season is near and appears to be starting out tighter than normal. Reuters tallied that U.S. distillate stocks have declined 24 million barrels so far this year when they historically rise by about 6 million barrels. Further putting pressure on the distillate market is the forecast for a La Niña, which means a colder-than-average winter. Last week’s U.S. refinery utilization rate of 83.2% (compared to 92% last year) will have to increase for the distillate supply picture to catch up to normal. This supply tightness is represented in the NYMEX Heating Oil forward price curve which trades in backwardation until next summer.

North Korea’s newest provocation came yesterday evening when its Foreign Minister Ri Yong-ho said that it might launch a hydrogen bomb over the Pacific Ocean. This was in response to the newest round of sanctions the U.S. imposed on North Korea earlier this week, which targets any individual companies or banks that do business with North Korea. This is a significant step forward by China to side with the United States because Chinese banks do quite a bit of business with North Korea. As for the hydrogen bomb test over the Pacific, an atmospheric test has not been conducted since the Chinese last detonated one in 1980. If the test is conducted, human, wildlife, marine life, and ecosystems’ livelihoods could be at stake, depending on the location. Which, in turn, would be the spark that ignites this on-going rhetoric squabble. 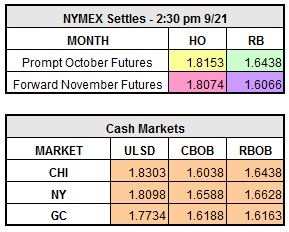