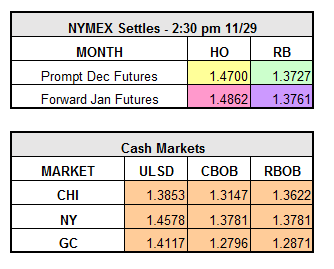 Early reports from Bloomberg and Reuters have come in as the OPEC formal talks have ended. What is currently being reported is that OPEC will decrease production by nearly 1.2 million barrels per day, which will result in a total output of roughly 32.5 million barrels per day.  Reuters states that this agreement will “mop up most of the excess supply that has weighed on the market.”  To go hand in hand with that report, it is also being reported that non-OPEC counties will be cutting production by nearly 600,000 barrels per day.  This would be the first time since 2008 that this type of cut has been made by OPEC.

Three of the key countries, however, will not dance to the same music as the rest: Iran, Libya and Nigeria. Given the sanctions Iran has faced in the past, it is being allowed to increase production to 3.9 million barrels per day.  Reuters called this a “watered down” version of the deal, but a deal that will nontheless greatly impact production around the world.  The OPEC member affected most is Saudi Arabia which, as the largest producer in OPEC,  had to bear the largest production cut.  Saudi Arabia has had troubles with its record budget deficit in 2015 and this news, on top of the spending cuts it faces, compounds the kingdom’s woes.  According to consultant Wood Mackenzie, “Oil prices would have to top $92 a barrel for Riyadh to balance its budget.”

OPEC watcher Amrita Sen from Energy Aspects says “OPEC has proved to the skeptics that it is not dead. The move will speed up market rebalancing and erosion of the global oil glut.”  In conclusion, it appears that OPEC has finally done what is necessary to balance this market.  The only final question is: what will certain non-OPEC members do in the near future?  Join hands with OPEC?  Go rogue and run rampant in the market?  Regardless, this bullish news has already begun to have its effect on the market and will continue for the foreseeable future.

Below is a more detailed summary of the plans: 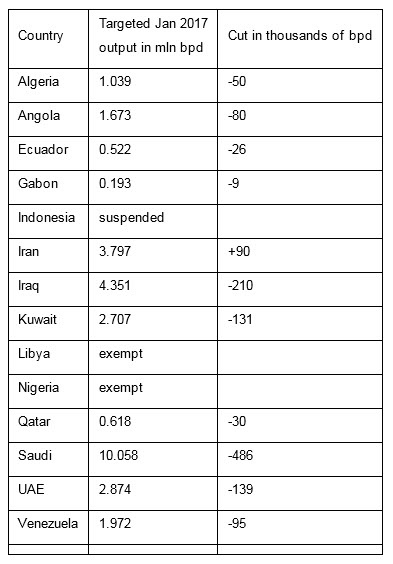