Crude seems to be the champion this week in the battle of the bulls and the bears with another large build. According to Thomson Reuters News, U.S crude stocks hit a record high at 528.4 million bbls.  Crude built by 8.2Mb, which was more than four times the expected build.  It will be interesting to see how long the U.S. Crude build streak of 2017 will continue.  From a Cash Market standpoint, New York Harbor continues to go stronger which can be attributed to the record low imports and the large crude build.  The real question is, will these drops in oil prices recover soon or continue to weaken? 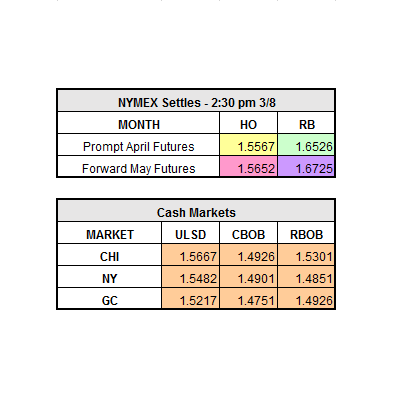