We have one more day to go before the OPEC/non-OPEC meeting tomorrow in Vienna, Austria. Initial reports and whispers still have not reached a consensus regarding if there will be an agreement by non-OPEC producers to cut 600,00bpd. OPEC’s secretary general says this non-OPEC cut is an absolute requirement in order for OPEC to cut its production. Russia is rumored at cutting 300,000bpd, so another 300,000 needs to be divided up between the 8 other nations invited to the meeting. Crude oil is currently trading up $0.56 at $51.40/bbl. RBOB trades at $1.5074 and ULSD trades at $1.6306, both modestly up on the day.

Since this meeting takes place on the weekend, the market will not be able to react until overnight markets open on Sunday, 6pm EST. With liquidity very thin at that time, expect a sharp move in either direction once a decision is finally made.

In other news, the United States is finally starting to see some winter weather. Meteorologists are fearing a potential return of the polar vortex next week, similar to the one we saw in January 2014. Here in Pittsburgh, we’re forecasted to see a low of 10 degrees Fahrenheit on Thursday, 12/15. Therefore, we encourage our heating oil customers to order early next week to prepare for this weather.

Have a great weekend and stay warm! 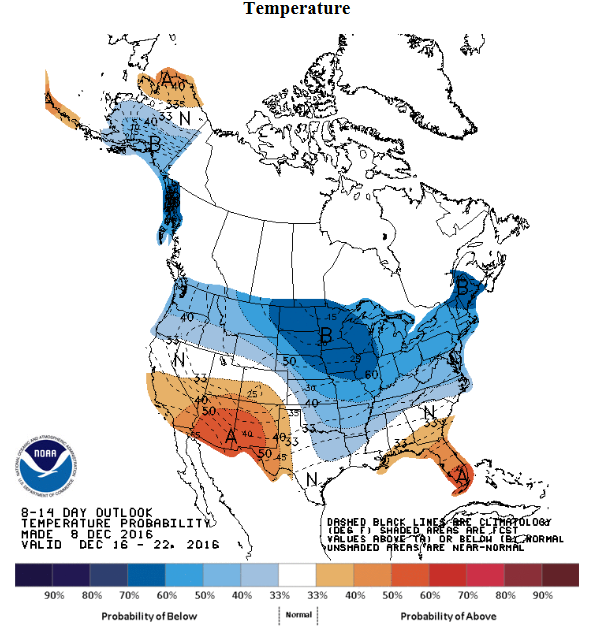