After two weeks in Glasgow, Scotland, the COP26 has concluded with over 200 countries signing the Glasgow Climate Pact. The final decision on how the world plans to handle fossil fuels came down to last minute dropped wording calling for the “phase out” of coal-fired power, replacing it with “phase down”. Defenders of the word replacement come from the fossil fuels industry where the use of natural resources for which demand is still high, and supply is tight.

The agreement includes capping global warming at 1.5 degrees Celsius, but many of the nearly 200 nations had wanted to leave the conference in Glasgow with more. It also includes a set of rules for a global carbon market. Countries can trade carbon offset credits representing emission cuts by others under the so-called Article 6. Article 6 sets down measures to ensure credits are not twice-counted under national emissions targets, but “bilateral trades between countries would not be taxed to help fund climate adaptation”, a measure that developing countries originally demanded. Instead, the agreement included a voluntary commitment for countries to contribute to this adaptation fund. 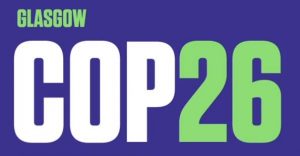 ‘Down’ and ‘out’? COP26 wording clouds way ahead on climate | Reuters