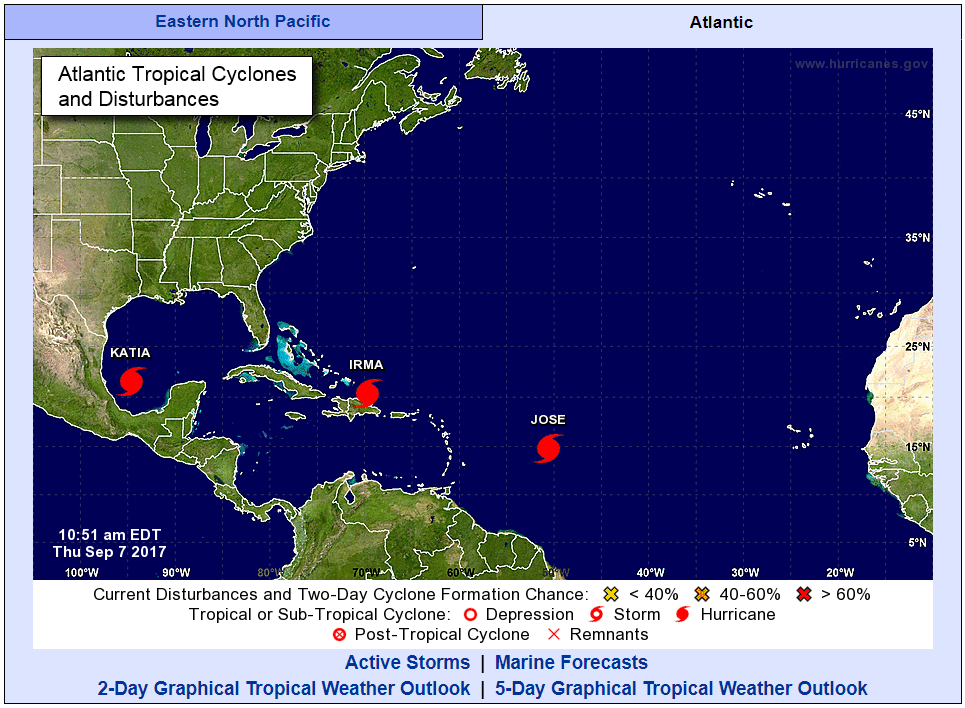 One may be growing tired of hearing about hurricanes these past few weeks, but Irma’s potential to destroy parts of Florida isn’t something you can ignore. Category 5 Hurricane Irma is set to hit Florida directly on Saturday.  Monroe County’s 80,000 residents, part of the Florida Keys, were ordered to evacuate on Wednesday morning.  Irma has plowed through many Caribbean islands and has already left at least 10 people dead.  Hurricane Irma is said to be the strongest Atlantic hurricane since Wilma in 2005 and has the potential to carry that strength up the Atlantic coast into Georgia and South Carolina.

Also to keep an eye on are the two other named storms hanging out in the Atlantic and the Gulf. Hurricane Jose, which is said to be “quickly strengthening”, and Hurricane Katia, currently a Category 1.

Regular gas prices at the pump have continued to be greatly affected by Hurricane Harvey and are up 23cts/gal from a week ago. Currently as of 11:42 a.m. EST front month RBOB is trading lower by $0.0255 to $1.6478/gal and front month HO is trading higher by $0.0105 to $1.77/gal.  For now, we continue to keep an eye on all hurricane activity and the disruptions they may bring upon the energy sector. 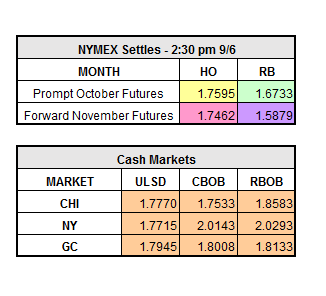