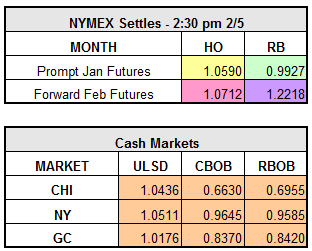 As the Denver Broncos, with Peyton Manning at the helm and probably for the last time, gallop victoriously into the night after bullying the Panthers offense, we enter a new week of trading accompanied by several bearish sentiments:

Driving enthusiasts, however, are “driving on cloud nine.” With regular gasoline prices on average 37 cents lower than a year ago, top independent refiners, such as Valero and Phillips66, are pumping out as much product as they can into a demand-driven marketplace. With reports provided by the E.I.A. showing prices at the pump expected to remain under $2/gal throughout 2016, it’s no wonder why drivers are putting on the miles and also buying bigger vehicles.