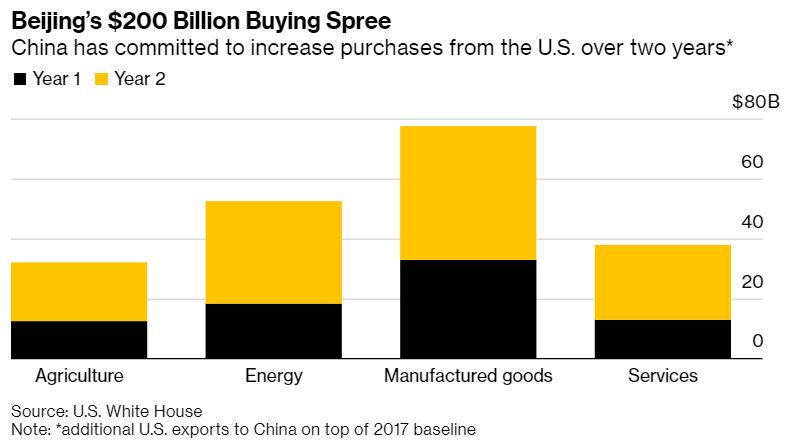 There has been a lot of talk in the news recently about the Phase One United States and China trade deal that was signed on January 15th. There are several topics that have been in discussion between leaders of the top two economies in the world including trade deficit, intellectual property, tariffs, and currency.

The text of the pact for Phase One released last week included the following:

$77.7 billion in additional Chinese purchases of manufactured goods including aircraft, $32 billion in new purchases of agricultural products such as U.S. wheat, rice and corn, $52.4 billion in energy and $37.9 billion in services in the two years through December 2021.

Regarding intellectual property, a Reuters article mentioned, “the deal includes stronger Chinese legal protections for patents, trademarks, copyrights, including improved criminal and civil procedures to combat online infringement, pirated and counterfeit goods. The deal contains commitments by China to follow through on previous pledges to eliminate any pressure for foreign companies to transfer technology to Chinese firms as a condition of market access, licensing or administrative approvals and to eliminate any government advantages for such transfers.”

Tariffs have been a hot topic between China and the US since President Trump took office. Trump has been using the tariffs on China as a major topic for negotiations. The United States have discussed rolling back some, not all tariffs in Phase Two further de-escalate the trade war between the two countries.

On the topic of currency, according to Reuters, “The currency agreement contains pledges by China to refrain from competitive currency devaluations and to not target its exchange rate for a trade advantage. The deal subjects any violations of currency commitments to the agreement’s enforcement mechanism, under which they could incur U.S. tariffs.”