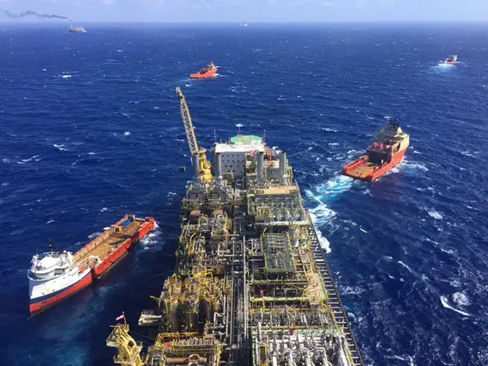 Last week, the Brazilian Federal Audit Court approved an oil auction that covers parts of the pre-salt zone offshore Brazil that was involved in a long dispute between the Brazilian government and Petrobras. The Brazilian pre-salt oil region consist of carbonates found below the salt layer.  It’s oil-rich offshore reserve that is trapped below 2,000 meters of a thick layer of salt, where this layer of salt was deposited on accumulated organic matter, holding it for millions of years until thermochemical processes turned the organic layers into hydrocarbons (oil and natural gas).

Petrobras, a Brazilian petroleum company, settled for a $9-billion payout for the transfer of rights for the region, originally reports stated that Petrobras could receive as much as $14-billion. The area was assigned to Petrobras in 2010 to extract 5 billion barrels of oil and to be re-evaluated in 2014 when the area was declared commercially viable.  Through further exploration it was determined that there was significantly more oil below the low-risk zone. It is estimated that there could be up to 15 billion barrels in that zone, not including the 5 billion already claimed by Petrobras.

With the government in control of the zone they are licensing pieces of it to companies around the world. With the latest round of block licensing, the Brazilian government made $1.45 billion off the sale. There is strong interest but there is no guarantee that all blocks of the zone will have a buyer. The supermajors are already quite active in this zone, these include; Shell, Equinor, Total, Exxon and Chevron. This discovery of oil could boost Brazil to the 5th largest oil producer in the world and double the countries reserves to 30 billion barrels.