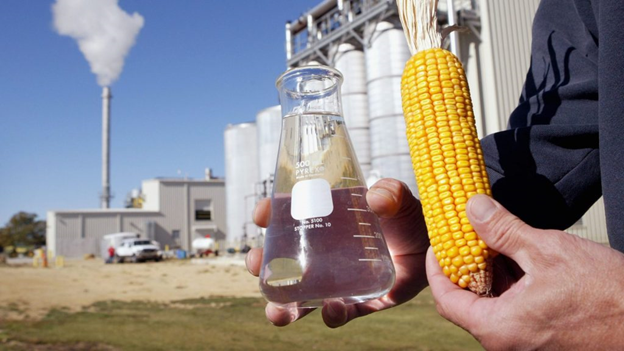 The relationship between big oil and big corn has been tenuous at best for years, but with historic declines in fuel consumption due to COVID-19, the fight has reignited in a major way.  Oil refiners and their allies from the Gulf Coast and Pennsylvania are in a serious policy battle with ethanol producers, corn farmers and Midwest politicians.  At the heart of the disagreement is that the oil refining industry is seeking waivers from biofuel blending requirements resulting from the Renewable Fuel Standard (RFS).

In mid-April the Governors of Texas, Oklahoma, Utah, Wyoming and Louisiana wrote a letter to the EPA asking for waivers to the RFS.  The Governors wrote, “The macroeconomic impacts of COVID-19 have resulted in suppressed international demand for refined products, like motor fuels and diesel.  Requirements to purchase ethanol presents a clear threat to the industry under such circumstances.”  Refining runs have seen a massive daily reduction, and according to Geoff Moody of the American Fuel and Petrochemical Manufacturers (AFPM), “We are at a point now where costs must be minimized to keep these vital national security assets operating.”

Corn States and their politicians are pushing back on these waiver requests from Oil States, and according to a letter from 24 Midwest Senators sent to President Trump, “Waiving the RFS would cause further harm to the U.S. economy, especially our most vulnerable rural communities.”  With approximately half of ethanol production idled in the U.S., output is at a record low since the EIA began keepings records in 2010.  The letter from the Senators also states “…biofuels lower fuel prices, create hundreds of thousands of jobs in the new energy economy, many of which are in rural areas, provide an important market for farmers, cut our reliance on foreign oil, reduce emissions and harmful air pollutants, and provide critical inputs to our food supply.”

This isn’t the first time that President Trump’s administration has been caught in the middle of Oil vs Corn.  The administration has increased waivers to small refineries allowing them to ignore blending requirements, but it has also allowed year-round sales of E15, seemingly playing to both sides of the argument.  The ability to find a middle ground, if it exists, will be vital to President Trump’s reelection campaign this coming fall.  Many corn states are also Midwest battleground states, so policy surrounding ethanol blending will be a key issue in the coming months.