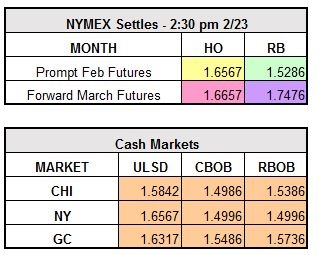 All of this OPEC production cutting has affected the oil futures market and subsequently the traders that have benefited from the oil glut over the past three years. The big change that has occurred is that the crude oil futures curve has flipped from being in “contango” to almost a “backwardated” market, which is encouraging oil to be drawn out of storage and sold right now.

As a refresher, “contango” means that the futures prices are more expensive than the present; conversely, “backwardated” means that the futures prices are cheaper than the present. Therefore, since we are currently shifting to a “backwardated” market, traders would rather sell in the present, compared to cheaper prices in the future. This sharply contrasts to about a year ago when the market was in a “supercontango” and a future contract 12 months out was about $9 more expensive than the current month. Keep in mind that this needs to include storage costs. Currently, it costs about $0.35-$0.50 per barrel per month, to hold crude in the large terminal in Cushing, Oklahoma. Thus, with the crude oil futures market flattening and prices slightly cheaper than the front month, traders are not encouraged to hold oil, but rather sell it now. ClipperData reported that crude in tankers off the U.S. Coast in the Gulf fell to 26 million barrels from 35 million barrels just a month ago.

The fact that traders are now incentivized not to hold crude oil for the future, coupled with the high compliance cut rate among the OPEC participants, has encouraged the market to take an extremely bullish position on oil. In fact, as of last week, there is a total of $49 billion invested in crude oil futures positions, which is the highest since July 2014. However, the bears continue to jump in and sell around the $55/barrel on the WTI contract, as we are seeing today.