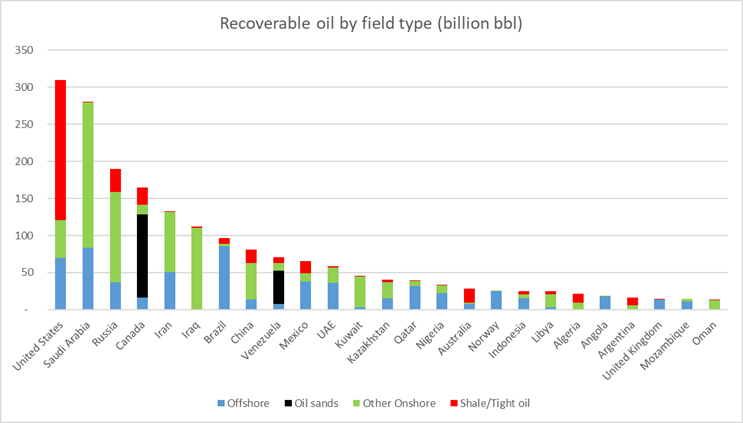 The United States has surpassed Russia and Saudi Arabia for the first time ever in holding the world’s most oil reserves.  Rystad Energy conducted a three year study of 60,000 oilfields and measured existing fields and recoverable reserves.  The recoverable reserves are barrels that are technologically and economically feasible to extract.  The energy industry measures both discoverable and yet undiscoverable areas to measure the long-term health of an oil producing nation’s economy.

Traditionally, conventional oil producers such as Saudi Arabia have used their huge resource riches to wield power globally particularly among big consumer countries that included the United States.  The United States has disrupted this relationship and has become more energy independent due to fracking and other new technologies.

“There is little potential for future surprises in many other countries, but in the US there is,” said Per Magnus Nysveen, analyst at Rystad Energy, noting recent discoveries in the Permian Basin in Texas and New Mexico, which is the nation’s most prolific oil producing area. “Three years ago the US was behind Russia, Canada and Saudi Arabia.” As the U.S. increases the technological strangle hold over the world, other oil producing countries will race to catch up.