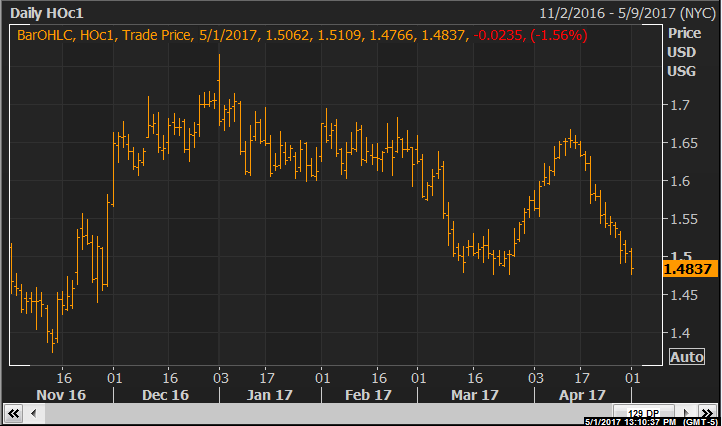 Over the past few months we’ve seen the market at its highest points as well as its lowest points. It has become apparent the market will only dip so low and only climb so high.  Right now it’s at the low end and early this morning it looked as if it was going to start its way back up, but that may not be the case on the distillate side.  The front month heating oil contract was up over two cents this morning, but over a few hours has come all the way back to flat.  Yesterday, front month heating oil closed down $0.0194 to $1.4878/gal, front month RBOB closed down $0.0209 to $1.5272/gal, and WTI Crude also closed down $0.49 to $48.84/bbl.  The chart below shows the trend over the past few months and portrays that the market is due for a bounce.

Other items worth noting are that the APIs are due later this afternoon and will hopefully give us a better foreshadowing of where the market it headed. The early thought for the stats is a draw on crude of over 2 million bbls.  DOEs are also due out tomorrow morning at 10:30 a.m. ET.  Now that May is here, concerns and anticipations are growing about the OPEC meeting later in the month. 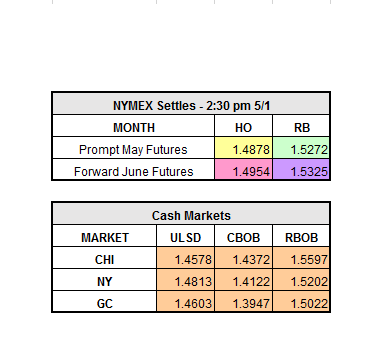