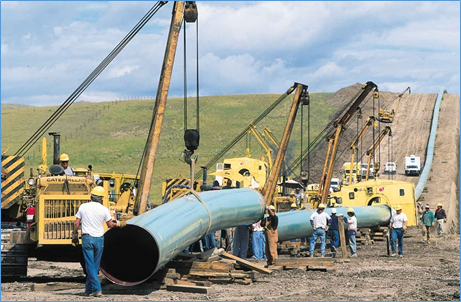 A bill seeking to improve pipeline safety and reduce emissions concerning climate change was introduced to the House of Representatives on November 15, 2019.  The Safe, Accountable, Fair, and Environmentally Responsible (SAFER) Pipelines Act of 2019 was introduced by representative Peter DeFazio (Democrat, Chairman of the Transportation and Infrastructure Committee) and Frank Pallone (Democrat, Chairman of The House Energy and Commerce Committee). Current federal regulations are supposed to enforce safety in our environment and the public. DeFazio claims that the current legislation is, “woefully outdated”, he adds, “In 2018 alone there were 636 pipeline incidents that left eight people dead and injured another 90, including the horrific incident that occurred in Merrimack Valley Massachusetts.”  The National Safety Transportation Board recently declared the cause of the Merrimack explosion resulted from inadequate management and poor oversight from Columbia Gas of Massachusetts.

Typically, this bill would be focused on safety of the public foremost, however the SAFER act is primarily aimed at  the reduction of greenhouse gas emissions, such as carbon dioxide and methane.  According to Pallone, “The bill seeks to reverse President Trump’s rollback of President Obama’s methane rules.”  In addition, the bill would require gas pipeline facilities to implement the best available technology to capture emissions caused by routine operations.  Previously, the maximum civil penalty for a safety violation by an operating company committing a violation was $200,000.  The new maximum penalty would be increased to $20 million as a way for the Pipeline and Hazardous Materials Safety Administration (PHMSA) to hold operators accountable.

Opposition to the new legislation has come forward, however some believe there can be a middle ground reached between Democrats and Republicans on the issue. Representative Rick Crawford (Republican) stated him and his colleagues remain open to discussions and that “improving pipeline safety is a win for both sides of the aisle and for America.”  As of November 25th,a vote on the bill has yet to be scheduled.