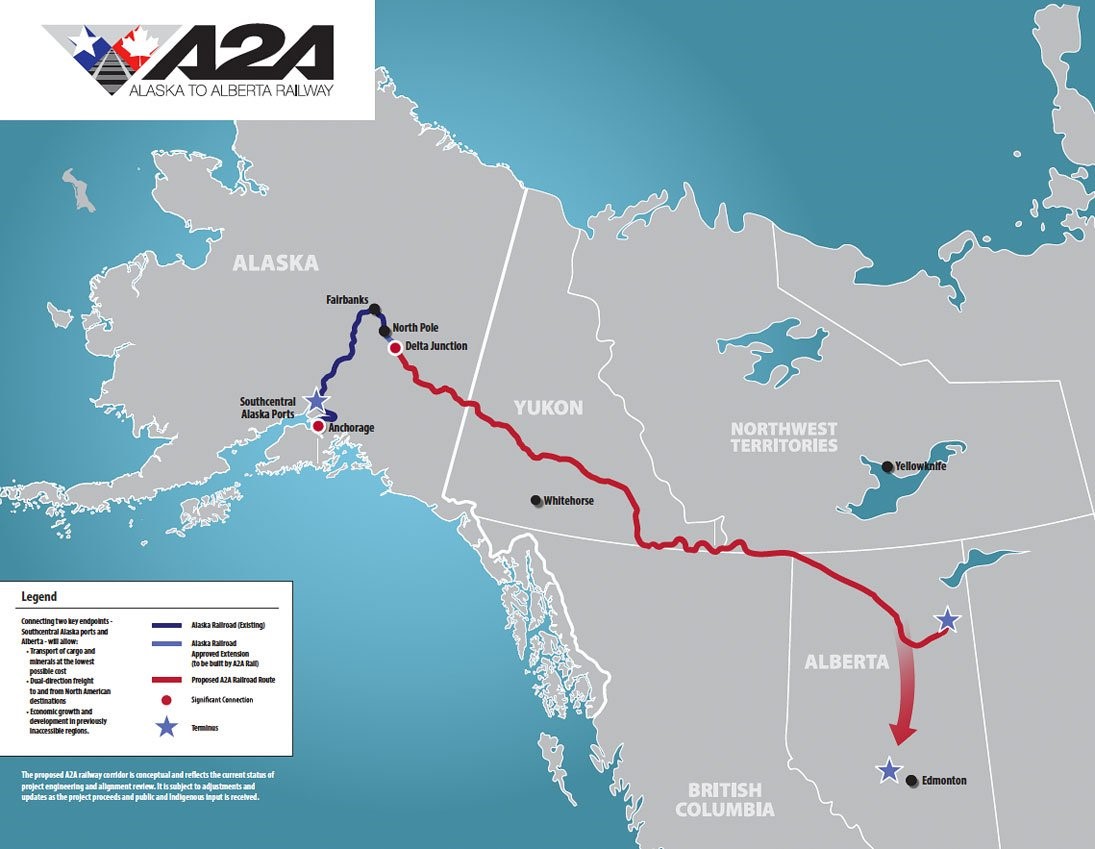 President Trump announced last week that he will be issuing a Presidential Permit for a freight railway project that will run from Alberta, Canada to Alaska, called A2A Railway. The project will cost $22 billion and will transport a variety of commodities such as oil and iron ore, as well as other container goods. The rail line will run close to 1,600 miles (2,570 kilometers) from Anchorage, Alaska through Yukon and Northwest Territories into northern Alberta.

The oil sector in Canada has been negatively impacted due to the pandemic, so news of President Trump’s permit gives their oil industry a positive outlook for the future. Canadian oil was already struggling with low oil prices and a shortage of outlets for the oil it produced, resulting in second quarter job losses hitting an all-time high of 43,000 in Alberta’s energy industry. A spokeswoman for Alberta’s Premier, Jason Kenney stated, “The Government of Alberta is glad to see the approval of the A2A rail project in the United States. We support the development of trade corridors that can unlock new markets for Alberta’s products.”

There is still plenty of work to be done before this project can begin, including environmental impact assessments, licensing and permits for interstate railroad commerce, but the prospect of adding jobs to the region has people of Alberta excited. Sean McCoshen, Founder of A2A Rail stated, “This is a world-class infrastructure project that will generate more than 18,000 jobs for Canadian workers at a time when they are most needed, provide a new, more efficient route for trans-Pacific shipping and thereby link Alberta to world markets.”