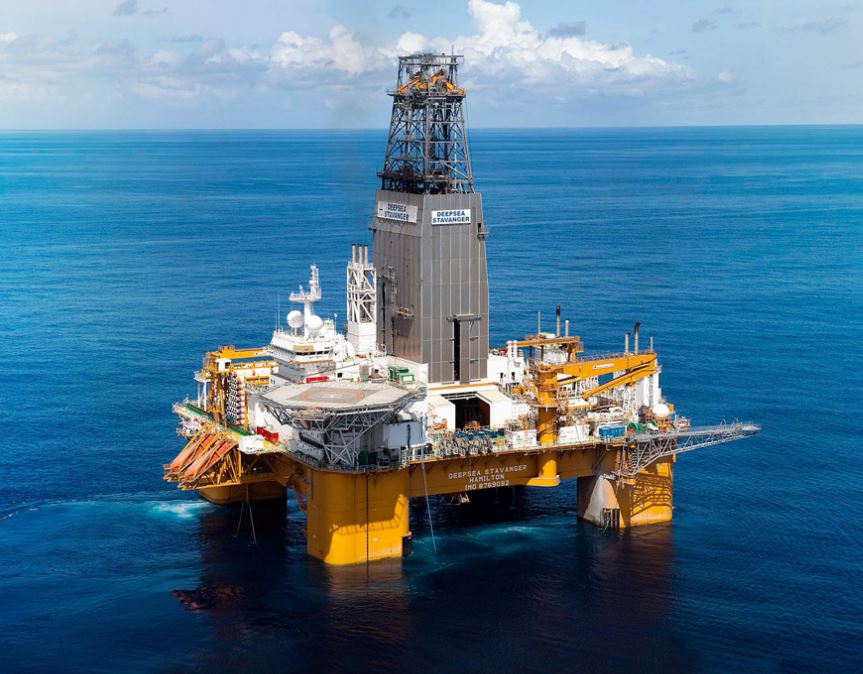 Total SA, a French oil company, has made a significant discovery of gas condensate approximately 175 kilometers (109 miles) off of the southern coast of South Africa. Total had been drilling in the area in 2014 but had to cease operations “…because of mechanical problems on the rig, caused by the challenging environment in the Agulhas, with its chaotic combination of currents, waves and winds, which contrasts sharply with the mild metocean conditions of the West African deepwater.”[1] The company restarted operations in December of 2018 and produced an improved result.

The discovery was reported Thursday, February 14 by the Africa Energy Corp. The Africa Energy Corp is a Canadian oil and gas company that has exploration assets in South Africa. “Africa Energy said that the Brulpadda well was drilled in approximately 1,400 meters of water by the Odfjell Deepsea Stavanger semi-submersible rig.”[2] The well itself reached a total depth of 3,633 meters (2.25 miles).

“The Brulpadda find, estimated at about 1 billion barrels by Total Chief Executive Officer Patrick Pouyanne, could be enough to supply South Africa’s refineries for almost four years.”[3] Crude oil accounts for a little over 11% of South Africa’s yearly imports, and it is mostly supplied by Saudi Arabia, Nigeria and Angola. This discovery comes at a time when OPEC has cut back on oil production, and all three countries are members of OPEC. In December 2018, both Nigeria and Angola have reached their cutback targets.[4]

South Africa is still a coal-dependent nation, but the Brulpadda well could change the countries energy outlook. Currently 77 percent of South Africa’s energy is provided by coal compared to 36 percent of total fuel consumption in the rest of the world. Their government estimates 50 years of coal supply left in the country.[5]

While these drilling operations could change the energy outlook, there is also additional opportunity to bring in international investments for development. “President Cyril Ramaphosa is seeking to lure $100 billion of investments by 2023 to revive a struggling economy.”[6] The discovery is significant, South Africa still faces challenges. One challenge is the geographic location and distance product would need to travel. A more significant challenge is the level of corruption that has plagued South Africa. Additional testing is planned to further evaluate the full potential. President Ramaphosa has promised a new future, but he is still facing scandals and corruption of other political figures. Whatever the business economy has in store for the country, less than a week after the announcement, opportunities are forthcoming and potentially lucrative for an entirely new oil and gas play.